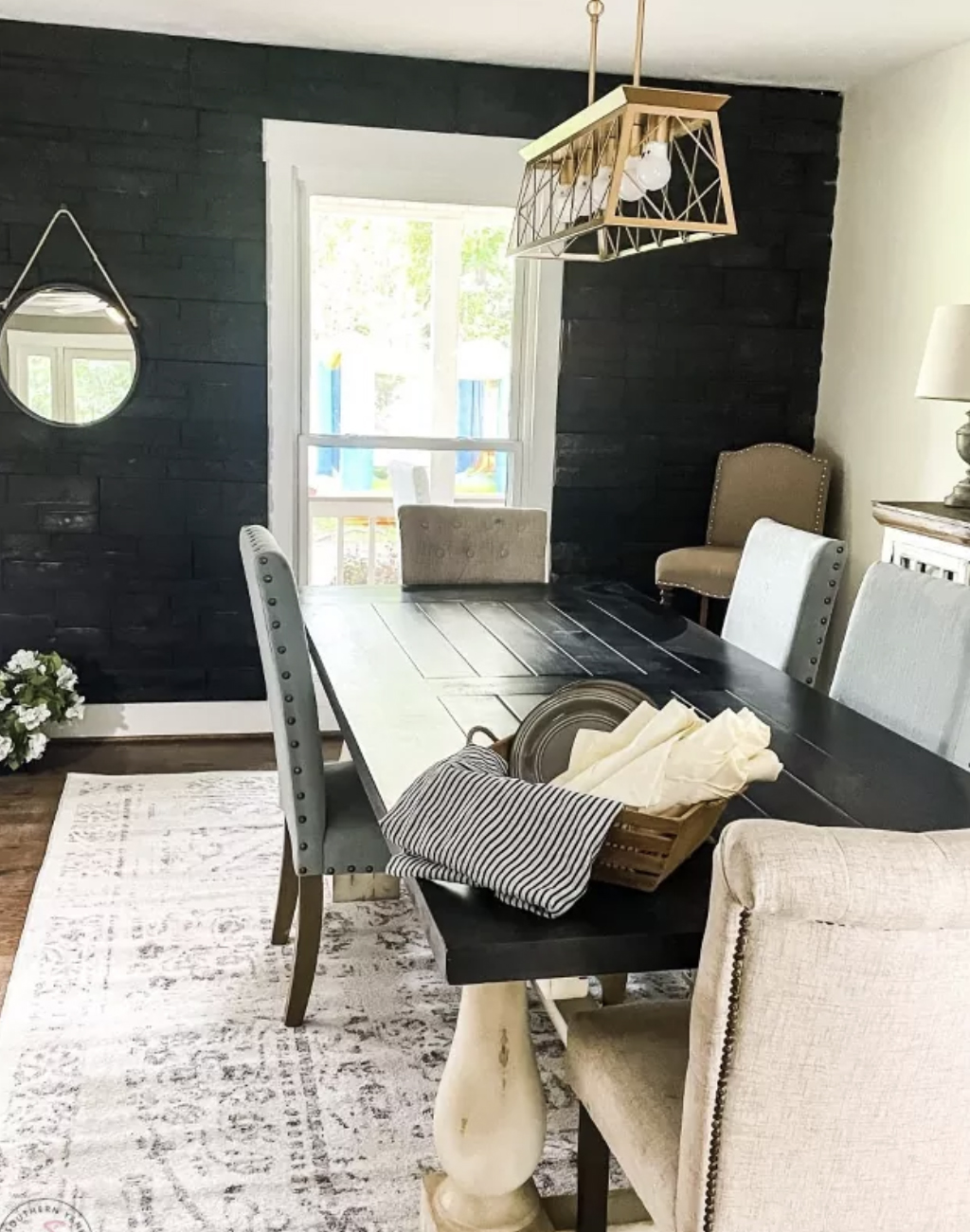 Lia, aka the Southern Yankee, has made a name for herself updating her farmhouse and sharing beautiful projects on a budget via her blog, Southern Yankee DIY. And it all started with a new accent wall in the dining room, which she transformed using Versetta Stone panelized stone siding.

The original dining room’s plain cream walls felt a bit ho-hum, so Lia opted to take the space to the extreme opposite, with a dark-gray wall. Rather than just paint, the DIYer chose to add texture and dimension using stone.

“I love the look of stone, especially when it’s in an interior setting,” Lia says. “I wanted to give the room something special and give it a feature. And it was so easy.”

With a lightweight, panelized format, Versetta Stone offered the ideal opportunity to create the look Lia wanted. The pieces can be cut to size outside and easily carried in. The panels connect with a tongue-and-groove system and then attach to the wall with screws, no mortar or mess required.

“A lot of people are scared of darker colors,” Lia says. “They think it’s going to make a room feel dark or small. But I’ve found the opposite—it makes everything feel larger and more grand.”

The end result was an eye-catching accent that set the tone for the rest of the remodel. The wall became the base to inspire other parts of the home, carrying over to dark bookcases in the nearby living room and other touches.

“The whole process of installation was super simple,” Lia says. “It was a really fun project. And it’s one of those that people get intimidated by, but Versetta is simple to install and the look is so grand—it’s such a great feature in our home. We’re super happy.”

All images courtesy of Hometalk.